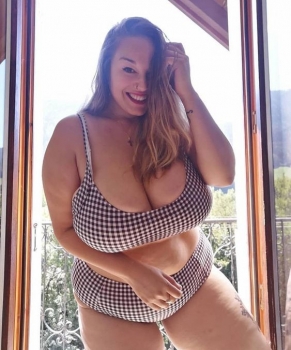 Earning
~0.8 mins read
Advertisement
People say different strokes for different folks.
Women are beautifully made for man's satisfaction. But some women appears to be specially made with enough endowments to put men in temptations.
Advertisement
Yes, when a woman has a little more or a bit of tummy, she appears to be much sexier to guys. The reason being that a girl with belly roll or even the super sexy double belly roll is really hot as long as her very large breasts are sitting on top of those belly rolls.
Secondly, guys like to press their hands against something warm and squidgy.
Advertisement
It is also a sign of femininity.
Flesh on the thighs, buttocks, hips and stomach are powerful signs of sexual attractiveness in women.
Although some guys likes skinny girls with medium sized boobs, most men look at the breasts size, and then face before considering other areas such as the hips - how curvy it is.
A bit of tummy makes girls appear more mature, and so men are very much attracted to them inasmuch as she has big fat boobs on top of her tummy.
.
Advertisement