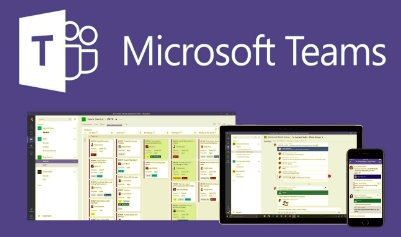 Tutorial - How To Install Microsoft Teams On Linux PC Alone

Microsoft Teams is now available as a Linux desktop client. Learn how to install and connect, so you can begin collaborating with team members.

You may or may not have heard by now, but Microsoft has released an official port of its Teams tool for Linux. That means, no matter what operating system you're on, be it Android, iOS, macOS, Windows, and now Linux, or if you're stuck at your desktop or on the go, you can get your Microsoft Teams collaboration on.

This is the first of the MS Office suite tools to make its way to Linux, and it may not be the last.

Best of all, the Linux version will support all the features you've come to depend upon with Teams. In fact, the application looks and behaves exactly the same on Linux as it does on Windows, so there's no reason to think you'll be missing out just because you're using Linux.

I'm going to walk you through the process of installing Microsoft Teams on Linux. I'll be demonstrating on Ubuntu 19.10, but the process is similar (with a single command modification) on both Debian and Red Hat-based distributions.

What you'll need to install Microsoft Teams on Linux

How to install Microsoft Teams

The first thing to be done is the downloading of the installer file.

Advertisement
Open a browser and point it to the official Teams download page. Click on either the .deb version (for Debian-based distributions) or the .rpm version (for Red Hat-based versions).

Depending on your desktop, you might be prompted to open the file with your desktop's Software Installer (Figure A).

Installing with the built-in software installer.

If you are prompted to install via the GUI method, click OK and, when prompted, type your user's sudo password and allow the installation to complete.

If you are not prompted by the built-in software installer, let the download finish, open a terminal window, and change into Downloads directory with the command:

Install Teams with the command:

If you're working on a Red Hat-based distribution (such as Fedora desktop), the command would be either:

The installation command should complete without issue. Once finished, you're ready to launch the application from your desktop menu.

How to connect in Microsoft Teams

Once Teams launches, type your Microsoft account email address in the required field (Figure B).

Click Next and, when prompted, select the team you want to connect with for collaboration (Figure D).

Click Continue and Teams will finally open and you're ready to get to work (Figure E).

And that's all there is to installing and connecting to MS Teams on Linux. You might have thought the MS Linux love fest to be a passing phase, but it seems the industry giant is quite serious about making their proprietary software work on Linux.

Although many in the Linux community will balk at using software solutions that aren't open source, this is a game changer for anyone wanting to use Linux and are required to collaborate via Microsoft Teams. Yes, you can always opt for the web-based version of Teams, but many (such as myself) prefer to always use the desktop client--otherwise it's yet another tab open in my already overcrowded browser.