Huawei's Global Sales May Skyrocket, Since They Found A Perfect Alternative To Google Playstore 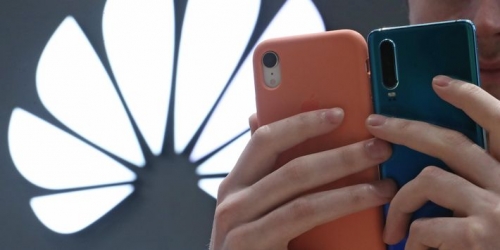 Huawei's Global Sales May Skyrocket, Since They Found A Perfect Alternative To Google Playstore

Earning
~8.6 mins read
Huawei is now in a race against time. Until last Friday, its mission was to keep government and enterprise users—as well 650 million active smartphone users—loyal to the brand while it fought the U.S. blacklist. Until last Friday, despite shrinking sales overseas—primarily due to the loss of Google, the company continued to post decent financials based on its performance at home.

And then last week hit. The U.S. celebrated the blacklist’s first anniversary by exponentially increasing the stakes, changing everything for Huawei.
All flagship phones will be hit by Taiwan’s TSMC cutting off supplies—those sold at home and overseas. The key beneficiaries—somewhat ironically—may well be other Chinese smartphone vendors able to replicate Huawei’s successful recipe.

Despite all this, Huawei has suddenly unveiled a surprise alternative to Google’s search and Play Store, a defiant move against both the blacklist and Google, another targeted attempt to offer a viable full-fat Android and Play Store alternative.

Huawei and its supporters in Beijing have around 12-months to find a compromise with Washington or a workable replacement for that silicon supply chain—after that, stockpiles will diminish. Huawei is taking the view that a compromise or workaround can and must be found. The alternative is too drastic to contemplate. This time, the use of the word “survival” is not melodramatic.

And so to the company’s hastily rejigged HAS2020—its global analyst conference.
There’s little surprise that, as management recoils from the shockwave of the latest U.S. beating, there has also been business as usual talk of new tech and impressive innovation stemming from the 15% of sales it commits to R&D. And, of course, the continuing search for those elusive Google gap-fillers.

Piece by piece, we have seen Huawei build an ecosystem that it sees as a third-way alternative to Google’s full-fat Android and iOS. Last year, hopes were pinned on the most radical possible option, an entirely new, ground-up OS—but that was soon watered down into an expansion of the open-source version of Android that Huawei will not lose. What we did see, though, was a huge acceleration of Huawei Mobile Services (HMS), a swap-out for Google’s GMS, and the app ecosystem to go with it.

In recent weeks, we have seen a trail of confirmations around replacements for Google apps—like maps, and a revamped AppGallery to replace the Play Store. We have even seen Huawei talk up app security measures as a differentiator to Google, which has had issues with screening the millions of apps now on Play Store.

Back in March, just ahead of the P40 launch, I reported on pilot testing of two new Huawei apps, “Search” and “AppSearch,” both intended as replacements for Google functionality on Huawei phones. The first to replace core search itself—a major money-spinner for Google, the second to make it easy for users to search for and install popular apps, either from Huawei’s AppGallery or third-party stores.

Both these apps had their issues. The use of a Chinese search engine, subject to Beijing’s influence if not laws outside China, is clearly an issue. We have seen reports of how other such platforms might be subject to interference. We have also seen reports about China’s efforts to control the messages received overseas, and with its close ties to Huawei many will fear the worst. 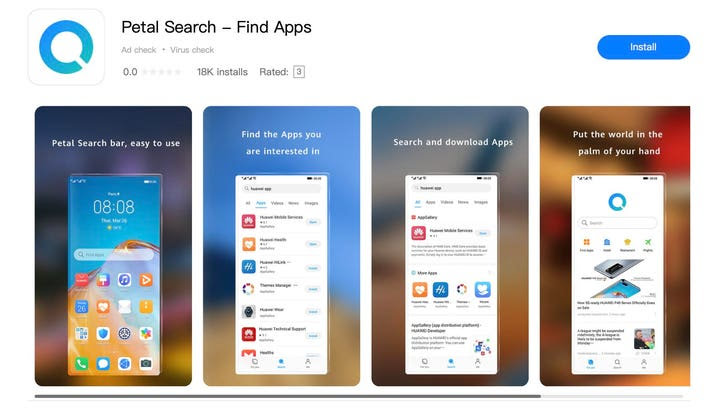 On the AppSearch front, the issues were more clearcut.
It could be viewed as a clever way to bypass U.S. restrictions in spirit if not the letter of the law. Many of the most popular apps are U.S. owned, and where they are not available on the AppGallery, there will be concerns raised about Huawei easing installation for users through the use of an official app on the AppGallery.

Back in March, AppSearch was reportedly being tested in Germany. The app’s landing page at the time said it was designed to help users install their favorite apps on Huawei smartphones, listing Facebook and WhatsApp as examples. Shortly after my report was published, Huawei revoked access to AppSearch and its publicity.
An instructional YouTube video, posted by Huawei Germany, was also pulled.

Well now it’s back—the race against time is on. The renamed “Petal Search” combines both “Search” and “AppSearch” into a single install. “Petal Search puts the world in the palm of your hand,” Huawei says, confirming that users can “search for your favorite phone apps with our state of the art technology.”

All that plus the ability to search for and install apps. The biggest issue post-blacklist has been that app installation and Google workarounds have intimidated regular users. The new Petal Search is intended to make everything official and assured. Search for an app like “Instagram” or “Facebook,” and the results will come complete with an install option.
If the app is available on the AppGallery, then that’s where it comes from. If not, a third-party app store will be used instead.

No word yet on the security measures to screen those applications coming from outside the AppGallery, and there are likely to be regional and national variances on what is available. What is clear, though, is that any suggestion that this might be an issue for Huawei in light of U.S. restrictions has diminished with escalating tensions. Huawei wants to ensure that as many as possible of its 650 million active smartphone users stick with the brand over the coming difficult months.

Meanwhile, Huawei’s primary domestic rival in overseas markets, Xiaomi, will be watching on from the sidelines. It has gladly picked up the baton to build from where Huawei left off. In its first quarter results, released today, the company reports better than 13% sales growth, building on its stellar end to last year.

With international consumers having shown a willingness to buy Chinese phones and a lack of willingness to drop Google, Xiaomi is enviously placed.
According to Xiaomi, overseas revenue for the quarter increased almost 49% year-on-year, “and for the first time, accounted for half of our total revenue.” These are Huawei-like results, and will be a genuine concern for its larger rival.

Unexpectedly, Huawei has now offered its users a viable quick-fix for the today problem—albeit nothing yet as to how the silicon issue might resolve. As the company deals with that challenge, its domestic rival has shown that those millions of international users might not wait around to see what happens.

I am the Founder/CEO of Digital Barriers

HassanKoroma (Basic)   1 wk
If your friends cant support your struggle, throw them away lol
0
471
HuaweisglobalsalesmayskyrocketsincetheyfoundaperfectalternativetogoogleplaystoreAjiri.html
622014