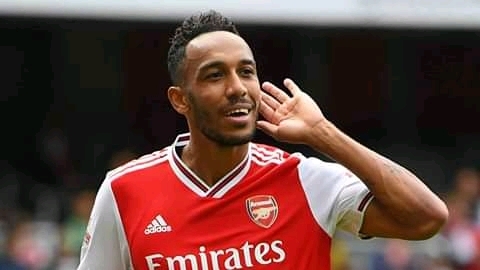 Earning
~0.5 mins read
Arsenal on Saturday night, September 5, suffered a 3-2 defeat against Aston Villa in a friendly match played behind closed doors at the Emirate Stadium.
Gabonese striker Aubameyang once again proved that he is capable to lead Arsenal's attack by scoring a brace even though his two goals did not save the Gunners from defeat.
Gunners' chiefs are said to have offered Aubameyang another three-year deal for him to continue his career at the North London side following his impressive performances last term.
Aubameyang made all Arsenal fans happy last month when his brace helped the Gunners beat Chelsea in the final of the FA Cup which gave Arteta and his wards Europa League ticket.
.