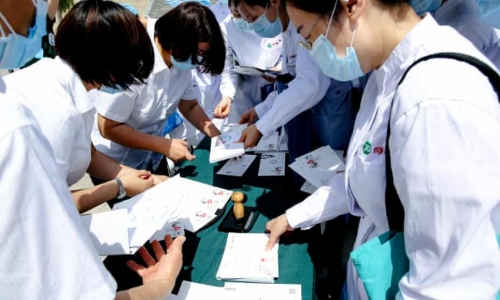 China has largely brought the virus under control, but it remains on edge, fearful that a second wave could undermine its efforts to get the economy back up and running.

A new cluster reappeared over the weekend in the city of Wuhan, where the pandemic first emerged, while the northeastern city of Shulan was placed under lockdown Sunday after another outbreak emerged.

On Monday, China's National Health Commission reported 17 new cases, five of them in Wuhan. Seven of the new cases were imported.