The Miyetti Allah Cattle Breeders As­sociation of Nigeria (MACBAN) has raised an alarm that there are orchestrated moves to tarnish the image of Fulanis in the country.

The group has also denied any link with a viral audio purportedly attributed to one Ardo Bulama, which threat­ened the lives of some people in the country particularly in Southern kaduna.

The Fulani organisation which said the name which was ascribed to the accused was not synonymous with any of it members, alleged that it was imputed by en­emies of the Fulani race to tarnish its reputation in the country.

MACBAN said its reaction on Friday, to the development came following a petition by a group under the aegis of National Christian Elders Forum to the Inspector Gen­eral of Police calling the atten­tion of the Nigerian Police to arrest and prosecute the ac­cused who they referred to as ‘Fulani’ for treasonable felony.

While disassociating itself and Fulani’s in general from the purported audio, MAC­BAN drew the attention of the petitioners “to know that no Fulani man bears the name ‘Bulama.”

“In that regard, we consider such claims and thinking that the name Bulama could be related or connected to Fulani as a wrong impression and it bellies the ignorance of the petitioners on the culture of the Fulani pastoralist in Nige­ria,” the organisation said in a statement by Ibrahim Bayero Zango, its Director Media and Publicity, Kaduna State.

While saying it was not un­aware of efforts by some un­desirable elements who have been making frantic efforts to classify the entire Fulanis as terrorists, the organisation re­gretted that, “Some of these persons are hell bent on black­mailing the Fulani’s in Nige­ria for their vested interests.

WE MUST NOT ALLOW FIFTH COLUMNISTS UNDERMINE OUR SECURITY, SANWO-OLU URGES LAGOSIANS AT FORUM• Interior Minister Moves To Strengthen Peace In Troubl...

WE MUST NOT ALLOW FIFTH COLUMNISTS UNDERMINE OUR SECURITY, SANWO-OLU URGES LAGOSIANS AT FORUM• Interior Minister Moves To Strengthen Peace In Troubl...

The Coalition for Truth and Justice (CTJ) has charged state governors to rise to the occasion as chief security officers of their states and stop&nbsp... 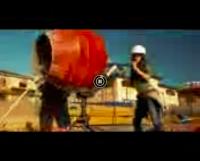