Some Characteristics Of An Insecure Girlfriend

Disclaimer If this post is your copyrighted property, please message this user or email us your request at team@pejoweb.com 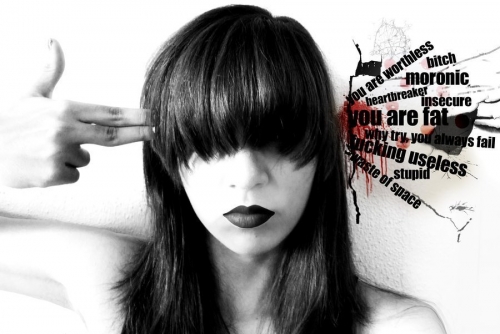 Some Characteristics Of An Insecure Girlfriend

It was my first year of college. There I was, eighteen years old, half-drunk, and angrily launching an empty beer can at my boyfriend's head, all in the name of being a cool girlfriend.

Before I dated anyone, I was confident I'd be great at it. I would be fun, relaxed, awesome. I'd be a cool girlfriend. I just knew it.

Of course, when I actually started going out with a real boy and not just the Harry Styles of my imagination, I realized, like many other new girlfriends and boyfriends, I sucked at it.

Why? Because I was an unbelievably, stupidly, incredibly insecure girlfriend.

If I could go back, I'd tell myself all the things I was doing were pointless, exhausting, and worst of all: counterproductive. Being an insecure girlfriend meant I was hiding the best part of myself away from my boyfriend.

These four traits were toxic. They made me a bad person and a terrible girlfriend, and all it showed was how insecure I was in myself and my relationship.

And it led me to throw an empty beer can at my boyfriend's head.

If you're acting like this, it's possible you're an insecure girlfriend.

1. You don't talk about your own hobbies.

Here's what I thought I needed to do to be a cool girlfriend: love drinking beer, only talk about football, attend every one of his sports games, and never reveal an interest in "girly" stuff, like makeup.

Here's what I actually needed to do to be a cool girlfriend: share the stuff I thought was cool.

Passion is magnetic - if you're concealing your own hobbies because you're worried, it just tells me that you think you're not good enough. That your interests aren't good enough.

The best relationships have balance: some things you do, some things he does, and some things you do together. If you find you're becoming consumed with his hobbies, his friends, his passions, then your insecurity is doing both him and you a disservice. Let your freak flag fly.

2. You need to be his number #1 priority at all times.

True love, I knew from listening to the Top 40 songs, was overpowering.

It meant all you thought about was your boyfriend or girlfriend. It meant you always wanted to be with them and no-one else. And it was effortless: like an eternal flame burning inside your heart.

For anyone actually in a healthy relationship right now, you're probably laughing at me - and that's fair, I can laugh at myself now, too.

The problem was that at 18, I thought that if my boyfriend didn't reply to my texts immediately, if he didn't pick up the phone every time I called, then obviously he didn't really love me.

Don't let your insecurity make you feel like that means they don't love you. Real relationships with real people aren't perfect. True love doesn't mean you're consumed by someone else. And that's a good thing.

3. You don't respect your own boundaries.

It was drilled into me from a young age of watching countless romcoms: don't be a jealous girlfriend. So, dutifully, I tried.

When girls fawned all over him, I held my tongue.

When old friends of his would talk about how hot his ex-girlfriends were, I laughed along.

It ate away at me inside, like a corrosive acid, pretending that I was cool with my boundaries being crossed. On the outside, I looked calm and cool, but on the inside I was furious and sad. I was betraying my boundaries because I was afraid if I stood up for myself, I'd look jealous.

We all know what our boundaries are. Being in a relationship doesn't mean they stop existing - if anything, you should be most careful to enforce them. If you're setting aside what matters to you to try to be cool, you're acting like an insecure girlfriend.

Oh yes, even after I'd snagged a man, I kept playing games. I would read into how long it took him to reply to my texts and double that time when I replied to his.

I'd flirt with his friends then claim I was just being friendly. I would be all over him one minute and ignoring him the next.

If you play games, try to understand what you're trying to prove to yourself. It's likely you're acting like this in order to satisfy your insecurities. Ask yourself if that's fair on either of you.

I'd been trying to become a cool, fun, awesome girlfriend everyone would like and want to have.

Spoiler alert to any other insecure girlfriends out there: it's exhausting to pretend to be someone you're not. You won't be able to keep it up as long as you think you can. And if you do - for what? If you don't trust in yourself to be the kind of girl people want to be with, why are you dating anyone at all?

After he successfully ducked my missile, my boyfriend asked me what had pushed me over the edge. I tearfully confessed the truth: that I didn't actually like board games, that I prefer fruity cocktails to lager, and that I would never understand all the rules of rugby. I told him I hated hearing about his ex-girlfriends, and that I'd prefer it if he texted me at least once a day if we didn't see each other.

Luckily for me, my boyfriend was understanding, and our relationship was stronger from that point on. But more than saving my relationship, it was important for me to learn that I'd been acting like this because I wasn't secure in who I was as a person.

If you do any of these four things, you're acting from a place of insecurity. It doesn't have to be that way.

Instead of trying to be someone you're not, show off your passions.

Understand his boundaries and respect your own. And finally, don't try to prove they love you. You will have longer, deeper, and happier relationships because of it.
.

Disclaimer We pay our users to write original content. If this post is your copyrighted property, please message this user or email us your request at team@pejoweb.com