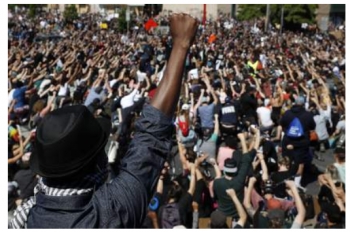 Decade after Arab Spring, thousands languish in jail
December 7, 2020
175 158
Ten years ago, millions dared to dream that political change could sweep across Arab capitals, but in most places such hopes have been crushed as thousands languish in jail.
From Cairo to Damascus, regimes have cracked down on the dissent which flourished in the early, heady days of the Arab Spring uprisings, with many protesters especially in Syria and Egypt now silenced through torture and imprisonment.

Or even death.
Today, some 60,000 Egyptian political detainees have been rounded up since then autocratic president Hosni Mubarak was ousted in early 2011, according to a grim toll by human rights groups.
A 2018 Amnesty International report alleged that Egypt, a country with 100 million people, had become "an open-air prison for critics".
Just last week, Amnesty denounced a "horrifying execution spree" in Egypt, saying at least 57 men and women had been put to death in the past two months, which was almost double all of last year.
And in Syria, where a brutal civil war is still raging in which more than 380,000 people have died, detainees continue to meet their deaths in prisons.
"The Syrian government has used torture and enforced disappearance as a means to crush dissent for decades," said Amnesty in a different 2017 report.
"Since 2011â€¦ the Syrian government's violations against detainees have increased drastically in magnitude and severity."
A report from the Human Rights Data Analysis Group said at least 17,723 people were killed in government custody between March 2011 and December 2015, roughly equating to about 300 deaths a month.
While the Syrian Observatory for Human Rights has estimated that 100,000 people have died in Syrian prisons since 2011.
In response, both Cairo and Damascus have categorically denied the accusations and accused "biased" rights groups of interfering in domestic affairs.
And amid an international fight against attacks by radical Islamists, the governments have also justified the wave of arrests as part of the global battle against such "terror groups".
Information on prisoners is scarce however, and families often spend years searching for missing sons and daughters.
It was only in 2018 that many in Syria learnt that their loved ones had died years ago when authorities updated the death records.
"That's it? You're sure he's dead?" Salwa had said, in shock.
After seven years with no news, Salwa could hardly believe her nephew, a Syrian activist arrested in 2011, had been dead the last five.
"Even in mourning, we're afraid and hide our grief," Salwa had told AFP in 2018, using a pseudonym.
The 2011 uprising against Egypt's longtime president Mubarak initially saw the release of thousands of prisoners, especially Islamists.
But the following chaotic years - first under an Islamist president and then after the army moved in to take control - led to a renewed heavy crackdown, especially on the now-outlawed Muslim Brotherhood.
Activists say authorities often level new charges against those who have exceeded the two-year limit in pre-trial detention, a procedure known as "rotational pre-trial detention."
And some prisoners only briefly taste freedom, before being returned to their cells on new charges.
Among them is Egyptian activist Alaa Abdel Fattah, 39, a prominent figure in 2011, who was freed in March 2019, only to be re-imprisoned in September that year after rare, small-scale anti-government protests.
In June, his sister, Sanaa, 26, was also arrested for allegedly inciting protests and posting "fake" information about the spread of coronavirus in prisons.
Their mother Laila Soueif, 64, a mathematics professor at Cairo University, told AFP of the immense "personal pain" she feels at the absence of her son and daughter.
She says she has no idea when her children will be freed again.
Egyptian authorities recently placed her son on the country's terror list, a designation which bans him from travel even if he were released.
But Soueif has never regretted that they took part in the 2011 protests, even though she acknowledges that "if it wasn't for the revolution, Alaa and Sanaa wouldn't have been in prison."
The uprisings "woke people up to their rights," she said.
Mohamed Morsi, the leader of the Muslim Brotherhood and Egypt's first democratically elected president, was himself subjected to harsh imprisonment after being ousted by the military.
In six years in jail, he was only allowed two family visits before he died behind bars in 2019.
Since Morsi was ousted by military general turned president Abdel Fattah al-Sisi, the crackdown on dissent has just deepened.
After first targeting Islamist leaders and supporters, jailing thousands of them, Sisi has squeezed the public space for any dissent, especially among rights activists, intellectuals and artists.
Ekram Youssef, a well-known writer and mother of lawyer and former lawmaker Zyad al-Elaimy, says her son "had done nothing wrongâ€¦ He wanted to live a normal life as a self-respecting person."
Elaimy, 40, who took part in the 2011 uprising, was arrested on June 25, 2019 after he left a friend's house late at night, she said.
Youssef, 64, believes he was arrested for taking part in meetings about forming an independent coalition of several parties to run in Egypt's parliamentary elections this year.
He and others face accusations of belonging to the Muslim Brotherhood and helping to fund a plot to overthrow the state.
"My son's life is being wasted for no reason," she said bitterly.
"This is however the great price we pay for the revolution to eventually win
.