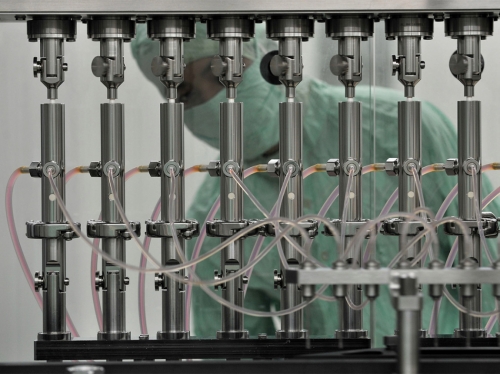 You could be forgiven for wondering how a disease as fast-moving and deadly as COVID-19 could just appear naturally, out of nowhere, seemingly overnight. President Trump expressed doubt, saying that â€œa lot of peopleâ€ were looking at the possibility that a Chinese lab was responsible for the COVID-19 pandemic. Earlier that week, Fox News ran a story in which unnamed sources suggested that the COVID-19 outbreak originated in a Wuhan laboratory â€” the Wuhan Institute of Virology, which studies coronaviruses with a number of international collaborators. The New York Times reported that spy agencies are being pressured to find evidence blaming the lab, and at the end of April, the National Institutes of Health withdrew funding from a research consortium that had collaborated with the lab. As recently as this weekend, Secretary of State Mike Pompeo, despite saying there was no reason to disbelieve the intelligence communityâ€™s assessment that the virus was neither manmade nor genetically modified, claimed there was â€œenormous evidenceâ€ connecting the virus to the WIV.

Chidexstar (Basic)   12 mths
Pro-SARS/SWAT protest held in Kano state on Wednesday October 14. Some residents of the state marched to the state government House to deliver a letter of support for SARS and the newly formed Special Weapons and Tactics (SWAT) Team. The police on Monday announced the creation of SWAT which will replace the disbanded SARS unit. The state governor, Umar Ganduje, received the letter and promised to deliver it to President Buhari.
0
1979
WhyScientistsThinkTheNovelCoronavirusDevelopedNaturallyNotInAChineseLabBenbruce.html
146681

Bennyedwin99 (Basic)   12 mths
Ok so i said to my friends
0
5363
WhyScientistsThinkTheNovelCoronavirusDevelopedNaturallyNotInAChineseLabBenbruce.html
145718