This Article Talks About Cassava Ban In Various Countries. Is Cassava Banned In Your Country? 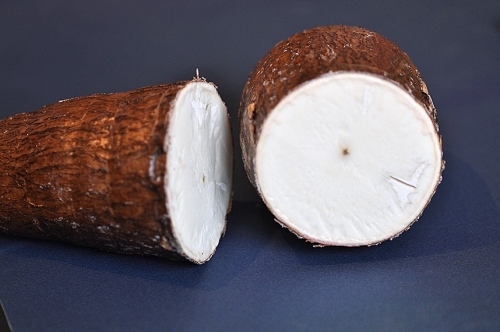 This Article Talks About Cassava Ban In Various Countries. Is Cassava Banned In Your Country?

Cassava is a tropical and sub-tropical woody crop that produces a distinctive tuber not too dissimilar to potatoes. They come in a bitter and sweet variety and they can mainly be found in South America and parts of Africa. On the surface, they appear to just another vegetable. But look a little closer and you’re in for a nasty surprise — hydrogen cyanide.

The oldest evidence of farming cassava appears to date back to the Maya in 1,400, but it’s thought to have been domesticated about 10,000 years ago according to the fossil record. It was likely chosen because it’s an incredibly hardy crop, able to survive in a range of soils and levels of rainfall. It’s also naturally quite pest-resistant, on account of the cyanide.

It’s little wonder then that it appears in many pre-Columbian artworks of the era. The Spanish were less open to eating it, though not because it was thought to be poisonous. The colonisers wanted their own foods and imported them in vast quantities, but production continued and through necessity, the Spain and Portuguese eventually came around to cassava.

Sailors rations were supplemented with bread made from cassava, but it appears to have been used primarily as food for newly enslaved Africans making their way to the Americas. Cassava was nevertheless brought with the Spanish and Portuguese and today has become a staple in many African nations, even going as far afield as Indonesia and Thailand along the colonial trade routes.

It seems strange then that a staple crop, today the third most consumed plant in tropics, can be so widespread, yet so lethal. The normal amount of cyanide a human can ingest varies greatly depending on the health of the person but is mostly affected by the delivery method e.g.
gas vs consumed through food. On average though, a person can ingest about 30mg of hydrogen cyanide before feeling any real effects. A raw cassava has anywhere from 50mg — 500mg per 1kg, depending on the variety and even place in which it was grown.

Regardless of the variety, the compounds that makes up the hydrogen cyanide are present throughout the plant as a defence again pests. Bugs will take a bite and the bitter, unappetising flavour will dissuade them from taking another, much in the same way capsaicin in chili peppers does. For the dedicated though, eating the plant in its natural, raw, unprocessed form imparts the consumer with a chemical cocktail of enzymes and cyanogenic glycosides, creating the deadly hydrogen cyanide. Further enzymes in the gut will continue to metabolise the cyanide, leading to an even higher intake.

Hydrogen cyanide is an incredibly deadly poison, particularly when consumed rapidly like this. Put simply, it disrupts respiration, causing organ failure, brain death and is almost always fatal in high doses. How then are people still eating cassava?

Up until this point we have been talking about raw, unprocessed cassava. For obvious reasons though, cassava is not consumed this way. To remove the excess cyanide to tolerable levels different peoples have devised numerous methods of preparing cassava.
The simplest by far is soaking them in water for anywhere from a few hours to a few days, to allow the cyanide to separate and be disposed of safely. In West Africa they’re fried in palm oil and preserved, but the most common method is fermentation, which greatly reduces the cyanide levels.

With all these methods however, there’s a problem. Cyanide is famous for imparting a bitter taste onto food. This distinction is perhaps best demonstrated with cassava, of which there are bitter and sweet varies. While both can be eaten, they can’t be prepared the same way. With every region and variety of cassava plant a different method of preparation is required to make it safe for consumption. A great deal more care is needed when dealing with the bitter variety and some countries like Venezuela have outright banned it.

Venezuela is a perfect example of why cassava is a deadly, banned food though — the human factor. The country has been suffering massive civil unrest, food shortages and political upheaval for some time now and those food shortages are beginning to have lethal consequences in unexpected ways.

Bitter cassava is frequently being sold on the black market as sweet cassava. The two varieties can appear almost undistinguishable from each other and unscrupulous sellers are marketing them as sweet cassava, likely because of the illegality and increased risk surrounding the bitter variety. And it’s no mere spectre of death either.
In 2017, 28 people died as a result of eating what they thought to be sweet cassava. It’s not just South America though. A tragic case in 2005 saw 27 children die in the Philippines from eating bitter cassava that their school cook had thought to be the sweet variety and thus prepared incorrectly.

Cassava remains banned in many Western countries because of the wild degree of variation in safe preparation methods. It has a great many uses in laundry and as animal feed in many Asian, African and South American countries, but continues to be viewed with suspicion in the West.

That is, unless we’re talking about Tapioca, which is in fact derived from cassava. Tapioca has experienced a renaissance in the West recently thanks in large part to the gluten-free diets of many people, Tapioca flour and starch being excellent flour substitutes. Before anyone throws out their Tapioca, the levels of cyanide appear to be negligible, though many manufacturers still recommend soaking beforehand to reduce the small risk of poisoning.

While sweet cassava can be washed, peeled and cooked, the bitter kind requires a great deal more effort to make it safe. The human element in this has resulted in some tragic deaths, but with proper care cassava can be safely consumed. It’s telling that it remains confined to some of the more ‘underdeveloped countries’ as a main food source, whereas in the West we have found a way to outsource and pacify the toxins presence in cassava. The economic and perhaps even cultural importance of cassava cannot be overstated, but nor can the dire situation in which a tenth of the world’s population find themselves in that, they must rely on a potentially lethal food as part of their daily meal.