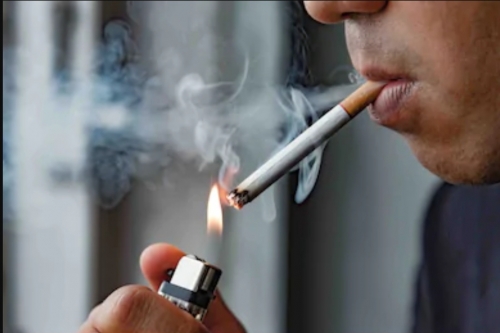 Studies Claim Smoking Is Preventive Against The Coronavirus #COVID-19

Studies Show Smokers at Lower Risk of Catching Coronavirus, But Don't Light it Yet

The novel coronavirus has baffled doctors and researchers across the globe. The disease that affects the lungs and the respiratory system has shown a number of symptoms and characteristics. One of the most puzzling of these traits has, however, been its alleged resistance to nicotine, with recent studies claiming smokers are less likely to contract the virus.

As per a preliminary study by France's Pitié-Salpêtrière Hospital in Paris, "current smoking status appears to be a protective factor against the infection by SARS-CoV-2".

The study further suggested, "that those who smoke every day are much less likely to develop a symptomatic or severe infection with Sars-CoV-2 compared with the general population,".

And it isn't the only study to find the same. Academics from University College London analysed 28 papers to arrive at the conclusion that the proportion of smokers receiving treatment for coronavirus in hospitals was less than that of non-smokers, Daily Mail reported.

As per one of the studies, the proportion of smokers among the United Kingdom's coronavirus patients was just 5 percent, which was only a third of 14.4 percent, the national rate. Similar trends were seen in the United States where the initial phase of coronavirus brought about a wave of anti-smoking mobilisation before studies showed the disparity of the number of smokers with coronavirus with non-smokers.

The French study, however, did not advocate smoking which has proven harmful characteristics that not only affect the heart and lungs among other organs but also kill nearly 50 percent of those who indulge in it.

In fact, smoking causes the death of an estimated eight million people worldwide. But could it be the cure for novel coronavirus?

The World Health Organisation does not seem to think so. According to the WHO, smoking may cause damage to lungs and the immune system which could further increase risk. "Smokers may also already have lung disease or reduced lung capacity which would greatly increase the risk of serious illness," Euro News reported WHO as saying.

The international health body also warned against the risks involved with the act of smoking itself which involves hand to mouth contact or even sharing of saliva through sharing a smoke, pipe, e-cigarette or bong.

Earlier this month, the FDA had said that smokers may have worse outcomes from Covid-19, but hadn’t been explicit about whether that included their chances of catching the virus in the first place.

Ubabekee (Basic)   2 yrs
It's amazing that despite the dangerous effects of smoking, the World Health Organization (WHO), still lacks the courage to ban it globally.
0
2296
StudiesclaimsmokingisPreventiveagainsttheCoronavirusCOVID-19Ajiri.html
9298

Ajiri (Basic)   2 yrs
Please note, I am not a medical doctor neither am I in the medical field. I am Computer scientist.
I saw the article on another website, so I felt it would be useful here.
0
84
StudiesclaimsmokingisPreventiveagainsttheCoronavirusCOVID-19Ajiri.html
625