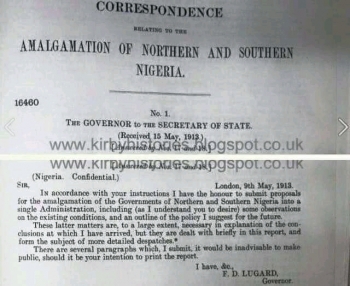 Earning
~1.3 mins read
Advertisement
Nigeria is a country located in the Western part of Africa. It's the most populous black nation on earth. Nigeria has three major tribes namely: Igbo in the Eastern part, Yoruba in the Western part and Hausa/Fulani in the Northern part.
However, there are over two hundred and fifty (250) ethnic groups and over five hundred indigenous languages spoken in Nigeria. English is the official national language of the peoples of Nigeria.
Advertisement
In 1960, Nigeria gained her independence from the British, and in 1963 became a republic. In 1969, there was a war between the military government of Nigeria and the Eastern part known as Biafra.
The people of Biafra has sought to secede out Nigeria and become an independent nation citing marginalization, brutal killings, denial of fundamental human rights and forced union of the Northern and Southern protectorates otherwise called "Ammagamation" by Sir Lord Lugard.
The people however said that in the said 1914 ammagamation by the British colonial masters, there was no consultation made through the people, but rather such idea was thrown at them forcefully through the use of British army.
Advertisement
There was no official signatory of the representatives of the the Eastern people on the said ammagamation document, but rather Lord Lugard unilaterally endorsed it without the people's knowledge.
Recently, a document which was said to be the Lugard's ammagamation document surfaced on social media. This document was signed by the same man in 1913 in preparation of his ill fated plan against the black people in Africa.
The African people have never been liked in any way by the whites. The white colonization of Africa is a huge loss to the African people. The bad leadership experienced in Africa today was orchestrated by the white colonial masters mostly the British and French.
These two evil nations had killed numerous great and wonderful African leaders who defiantly rejected carrying out their evil agendas on their respective nations.
.
Advertisement