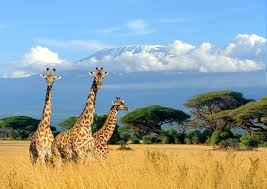 Things got so bad at the Polar Cave Ice Cream Parlour in Mashpee that an employee quit the same day.

"One of my best workers quit yesterday at the end of her shift. She stuck it through her shift," owner Mark Lawrence told CNN affiliate WFXT. "But the words she was called and the language, you wouldn't even say in a men's locker room. And to say it to a 17-year-old kid, they should be ashamed of themselves."

In accordance with reopening guidelines, Lawrence said the shop asked all customers to place their orders at least one hour in advance.

However, many customers ignored the request and showed up without doing so. When the shop got busy, customers took their anger out on the staff, he said.

"Now I open the doors to a whole new world, with gloves and masks and we're running around like chickens, and people are like where's my ice cream? I'm not a trauma center, it's ice cream!" Lawrence told WFXT.

After work on Friday, Lawrence expressed his dismay on Facebook: "In 19 years of operation this is the lowest feeling I have ever felt." The next day he made the difficult decision not to open.

Fortunately, this ice cream shop's story has a sweet ending.

Those sorrowful posts quickly went viral in Mashpee, eliciting local news coverage and an outpouring of support from the public.

By Sunday, Lawrence had reopened and customers were following the rules.

"Today was a vastly improved operation," he said on Facebook. "People placed their orders an hour or more (some, a day before) prior to their pick up time. They followed the rules and it worked."

"Thank you for the incredible outpouring of love and support from so many," he added. "It truly means so much to me at this time."