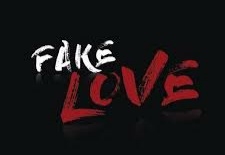 Let me paint a picture for you.

Imagine that you have waited your whole life for that special someone. For as long as you can remember you just know that eventually, you would meet the right person, sparks would fly, and you would live happily ever after.

Finally, in your mid-twenties, it's your first day at a new job and you spot someone from across the room.

The two of you lock eyes, you feel your heart starting to race and before you know it, you are jumping headfirst into a new relationship.

But this relationship is different than any other one that you've ever felt. You fall so fast because this person has swept you off your feet. They shower you with gifts, affection, time, love, and complete adoration.

Then, a couple of weeks in, he utters the words that cause your heart to burst in a way you didn't even know was possible.

"You are everything that I've ever wanted."

And first the first time in your life you feel like someone is staring into your soul and truly sees you.

Love bombing isn't something that is new but it is a widespread tactic of manipulation that has even been used by religious institutions.

"Members of the Unification Church of the United States (a notorious cult better known as the Moonies) love bombed new recruits to encourage them to join their fellowship.

Other narcissistic cult leaders like Jim Jones and David Koresh used a similar method of excessive positive reinforcement in order to manufacture feelings of intense unity and loyalty." -Cosmopolitan

Although hypothetically love bombing can be used by anyone, it is most often used by someone who has Narcissistic Personality Disorder.

I wanted to find more specific examples from people who had experienced this behavior personally.

Similar to how I asked some of my networks for examples on how they had been gaslighted, I asked those who had been love-bombed if they minded sharing how they have been approached at the beginning of the relationship.

"I showed up to work and there were flowers waiting on my desk. We had been on one dateâ€¦"

"He bought matching engraved rings after a week."

"There were sticky notes all over the house with cute love notes on every single oneâ€¦ we had been dating for two weeks."

"She said that she felt like she had known me her entire lifeâ€¦ and I believed her."

"Every second that we were together in the beginning he would shower me with affection until one day it justâ€¦ stopped."

"He cooked me an elaborate dinner with candles and set things up to look like we were in Italy. After that night we started dating and he never cooked for me again."

"He said that I was everything he had ever wanted."

The last example on that list is mine and the story I shared at the beginning was mine as well.

Advertisement
The truth was, I was a prime target for someone to manipulate.

I didn't realize everything that was happening would have been listed in Red Flags 101. All I knew was that for the first time in my life I thought someone truly was my soulmate and I believed what I wanted to believe. From that moment I saw him, my ex had complete and utter control and he knew it.

That's the whole reasoning beyond love-bombing after allâ€¦ control.

"It involves using extravagant gestures and displays of affection very early in the relationship to gain power and control. -Huffpost"

As far as the duration of the love-bombing, for me, it stopped around the third month. I asked around fifteen people who said they were also love-bombed if they could remember when the love-bombing stopped in their relationship.

The most common answer, on average, was six months.

You may wonder how you will know if someone love-bombed you at the beginning of the relationship.

You will know because eventually, it will stop. Eventually, there will be no more affection and no more acts of "love." Instead, they will be replaced with contempt and you will realize that all of that affection has been taken away.

It's important to realize that a healthy relationship will move at a normal speed. It will slowly build and as you get to know each other you will grow to have feelings for each other.

If you recognize that and realize that no one can claim to love you when they don't know you, then you will protect yourself from falling for these manipulative tactics ever again.