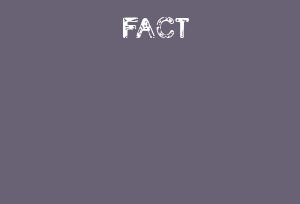 GODS WORD FOR TODAY
#Fact###
If the river Jordan were to be in Nigeria it would had long dried up or it's water sold for some thousand dollars or the land where it is located would had by now be dragged by one or two families that the land where the river is, was for their great great grand father etc. Beloved, it a new year and I asked that you harken to God's laws and commandments and listen to what He has for you and has to say. Discern every spirit who comes to you as " the sent one"" do not allow any prophecy destroy the fabrics of the love and unity of your family, allow no one all in the name of a "man of God"" to make you a business center or a shopping mall this new year, even when they say to you that your mother or father etc is your troubler or in their language a witch or wizard, make sure you asked the seer of the prophecy to accompany you home for the deliverance of those he or she sees the prophecy or vision about. This however does not in any way deny the reality of witches and wizards. But a reawakening to those believers who have allowed seers of visions and prophesies to destroy the peace and unity of their household without recourse to Divine direction.
As we begin the first phase of the ordinary time, the Lord warns that we repent and believe as ever the good news. Just as He called the apostles , Simon, Andrew, James and John in today's gospel reading who left everything to  follow Him who gives everything (Mark 1:14-20), we too are called to follow Christ in sincerity of heart. Do have a favourd week....
Advertisement

FACT!! Shocking Fact About Nigerian Pastors You Didn’t And Should Know

Hi guys, welcome to today edition of “NL FACTS”DID YOU KNOW….Five of the 10 richest pastors in the world live in Nigeria, according to a report ...

LIFE FACTLiving life alone without knowing what comes next is scary..But, I tell you knowing life's fact is even worse that been in the dark.No matter...

That is why it is good to be with the right people ...

Fact every man should think about

"Today, When I Asked My Grandfather For Some Relationship Advice, He Said, Honestly, The Moment I Stopped Trying To Find The Right Woman, And Started ...

Never allow an Akwa ibom man repair ur fan.  since after the repair my fan has been shouting Effiong..Effiong.. Effiong....